I am slightly jealous of people who can whip up recipes off the top of their head. I’m also slightly jealous of people who know how to make recipes healthy. In this case, my nurse/high school/half-Asian/track & field BFF Anna does both. She recently made some of this healthy and oh so creamy cinnamon peanut butter!! I begged her to share the recipe.

Anna: Hello! I’m a (newly married) spinal cord injury nurse in sunny San Diego. I LOVE food (especially if it’s healthy & cheap). Most importantly, I am by no means a blogger, but am honored to share my love for food with you!

About 2 months ago, I scooped some peanuts into a bag at Sprout’s convinced that I’d make some peanut butter, but didn’t get to it until a few days ago. I don’t know why I waited so long because it literally took 15 minutes to make!

I used plain roasted, blanched, & unsalted peanuts. Imagine what you could do with almonds, cashews, & sunflower seeds! I digress…First, put the peanuts & salt in the processor for 1 minute. The nuts will look a little grainy. Kinda like this after a minute….

Then slowly drizzle in the oil and agave. Disclaimer: it would make more sense to use peanut oil in this recipe. If you have it, use it! Unfortunately, peanut oil isn’t one  of our pantry staples…its either veggie (baking), sesame (Asian food), or olive oil.

Don’t hesitate to pause the processor to scrape the edges down. Go ahead & turn the processor back on & add the cinnamon. Have you met cinnamon’s #1 fan? Because it’s ME!!! I put it IN & ON everything from cookies, oatmeal, my plain cheerios, ice cream, apples, PB sandwiches, etc! I love it because I know my body & cells love it. Cinnamon (especially Saigon cinnamon) is an AWESOME antioxidant that neutralizes damaging free radicals that we create in our bodies on a daily basis. I know. You’re a fan now too…you’re welcome. Oh and go ahead and taste it now too.  If you want more cinnamon, have at it. Mine looks like it could use more moisture, but I don’t want to add any more oil to it, so I’m going to use 2 teaspoons of water to help it along. Anddddd I just so happened to have a small packet of a Stevia sweetener in my purse from a local eatery (I wonder how that got there…). I tossed it in for a guilt-free all natural plant based sweetness! When it’s just to your liking (creamy or crunchy!) scrape it into any spare mason jar or repurposed jam jar.

If I may say ONE last thing….buy some plantain chips from TJ’s and dip it in the peanut butter! You won’t regret it.

All images by Anna B. Cunningham via her iPhone 🙂 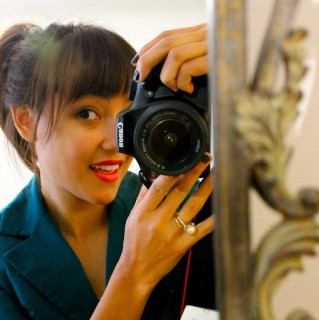